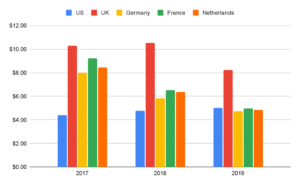 That being said, this article aims to explain how pepper prices will change in 2022, backed by dozens of research and worldwide reports. Let’s dive right in!

What Is The Market Price Of Pepper Today?

The market price of pepper can vary depending on the time of year and the availability of the crop. For example, the price may be higher in regions that do not produce pepper.

The U.S. pepper export prices have been fluctuating but steadily increasing for a while now. In 2020, the United States’s pepper exports totaled $63.4M.

On the other hand, it imported $611 worth of pepper in the same year, making it the world’s largest pepper importer.

The price of pepper is constantly changing due to various factors, including weather conditions, production levels, and global demand. Pepper is a tropical plant, and as such, it is sensitive to changes in temperature and rainfall. Minor weather conditions can significantly impact the yield of pepper plants and, consequently, the market price. If the pepper supply fails to meet the demand for this year, the price will improve significantly.

The U.K. pepper prices have been steady over the past few years. In 2021, U.K. pepper exports amounted to 11 million British pounds. However, the value decreased considering the exports were 13.7 million pounds in the previous year, 2020. The decline in export values could be attributed to the outbreak of the COVID-19 pandemic.

The current price of pepper within the United Kingdom approximately ranges between the U.S. $8.23 and $10.54 per kilogram. So, how can we explain the gap between 2019 and 2022 pricing?

The prices of pepper in the United Kingdom are influenced by season and region. Local farmers usually harvest the locally grown pepper from mid-summer to autumn. At this point, the supply exceeds the supply resulting in a price drop.

The second most influencing factor is the region—some regions, including Tangmere farm pepper in large quantities. As a result, the cost of pepper in this region will be lower compared to other regions.

Black pepper is the highest consumer spice in Europe. Consequentially, pepper imports into the European Union have been increasing by 5% annually since 2016. And the trend isn’t stopping yet.

The current price of pepper in Europe is the approximately U.S. $4.75 and $ 6.54 in 2022. However, the cost may change depending on a few factors within the individual states within the European Union.

The pepper prices will fluctuate depending on pepper production in the individual country. In the Netherlands, over 4,500 hectares, Germany, about 330 hectares, and France, about 2820 hectares of land are under pepper farming. The produce from these farms may fluctuate the market pricing.

Is Pepper Grown In The E.U.?

Yes, pepper is grown in the European Union. For example, Portugal, a member state of the E.U., has about 3000 hectares of land under pepper cultivation. However, they imported over 508 tonnes in 2019. This shows that their pepper demand is higher than their farms can supply.

Yes, the pepper prices will increase in Europe, the U.S., and the U.K. The price increase is owed to the supply and demand.

According to Agribank, you should expect pepper prices to increase due to the scarcity of the produce. The International Pepper Community estimates that only brazil has an increased supply among all the pepper suppliers.

Other countries, including India and Vietnam, the world’s biggest producers, have had lower production. Therefore, they can only meet local demand. The Vietnam Pepper Association estimates that the pepper prices today will increase from  VAD 80,000 to 100,000 per kilogram in 2022.

In addition to unfavorable weather, the low production is also a result of the coronavirus outbreak. COVID-19 hampered farming activities and led to labor shortages. Most countries, including India, are in the process of recovering.

The demand for pepper has been increasing by 5% annually in Europe alone. This is because the world population is increasing, and many continually appreciate the use of pepper more in their cooking. The use of pepper is not only in Europe but has become more popular in the U.S. and the U.K.

Reports by the Vietnam Pepper Community estimated an increase in pepper consumption by 3 to 5%. The predicted increase may be low, but considering pepper suppliers are reducing, the price increase may be enormous.

What Is The Cost Of Pepper Per Pound?

The cost of pepper per pound is the U.S. $2.32. However, the price may vary depending on the type of pepper, and region, among other factors. For example, green peppers typically cost less than red or yellow peppers. The price also varies based on the size of the pepper. Smaller peppers usually cost more per pound than larger peppers. Organic peppers may also cost more than non-organic peppers.

How Can I Sell My Peppers Online?

There are a few different ways that you can sell your peppers online. You can set up your website and sell them through that.

However, the best way that guarantees sales is by using a marketplace. A marketplace lists products that vendors sell, and if a customer is interested, they contact you. One such online marketplace is Frutplanet. To sell through the FrutPlanet online marketplace, follow the following steps:

Every business persona, including you, must understand the trends if at all they want to increase sales and profit. Pepper prices have been rising for the past few years, and that pricing isn’t about to come down now. Several factors have been driving the price of pepper, including production, demand from consumers and traders, and freight rates.

However, as global demand continues to increase, pepper growers and traders worldwide should expect high prices for their crops this year. If you’re looking to sell or buy agricultural products and fruits, be sure to contact Frutplanet. 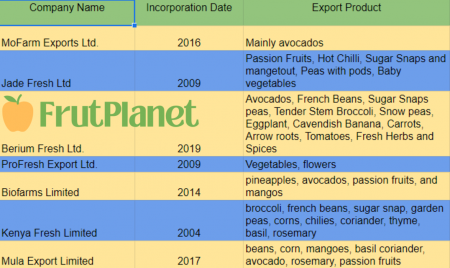 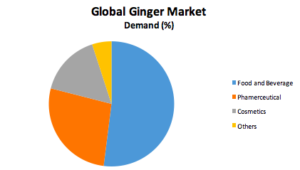 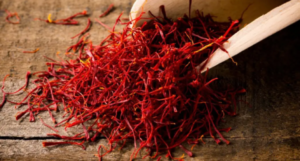